The Curve Driven Pattern tool allows you to create patterns along a planar or 3D curve. To define the pattern, you can use any sketch segment, or the edge of a face (solid or surface), that lies along the plane. You can base your pattern on an open curve, or on a closed curve, such as a circle.

Below is an example of curve driven pattern.  We want to create in total 16 Countersink Holes as shown below. We select Curve Driven Pattern and the Property Manager for it opens. In Direction 1, we select the outer edge of the ellipse (No need to create offset ellipse as Construction Geometry) and then in the Number of Instances we input 16 (1+ 15) as shown below. 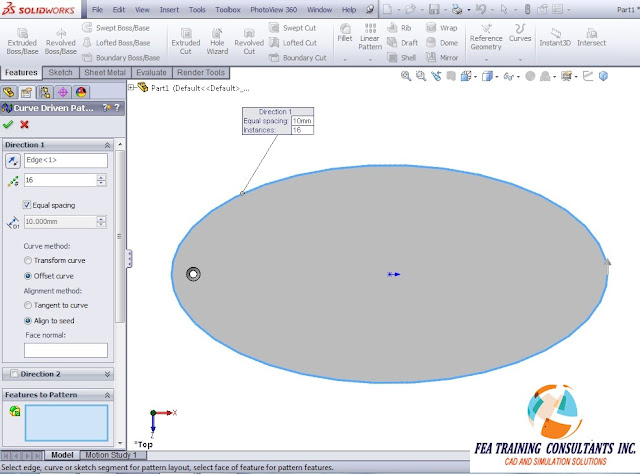 Now in the Property Manager we select the Countersink Hole as the  Feature to Pattern.


Defines the direction of the pattern by transforming how you use the curve selected for Pattern Direction. Select one of the following:


Transform Curve: The delta X and delta Y distances from the origin of the selected curve to the seed feature are maintained for each instance.


Offset Curve: The normal distance from the origin of the selected curve to the seed feature is maintained for each instance.

n our case we select offset curve and Align to Seed and as shown below and it gives you a nice preview. 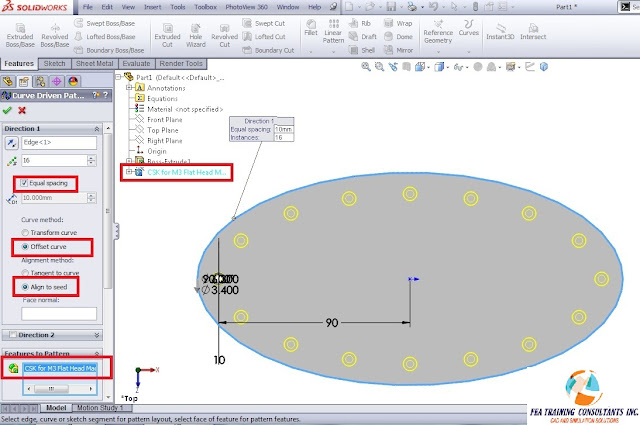 Below is the Final model with the Curve Driven Pattern. 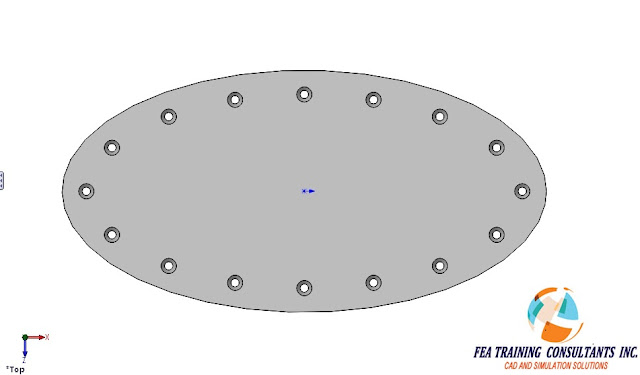 Now in case we want to skip some instances (Countersink Holes) the instances to skip option is there in Curve Driven Pattern. As shown below you can select the instance that you would like to skip by clicking on the Magenta color dot and it turns to Orange. 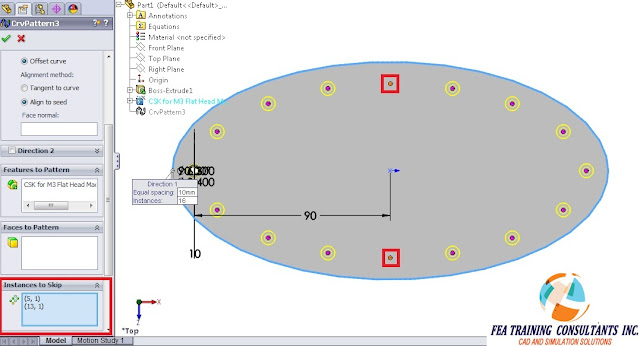 Below is the Final model with Instances to Skip. 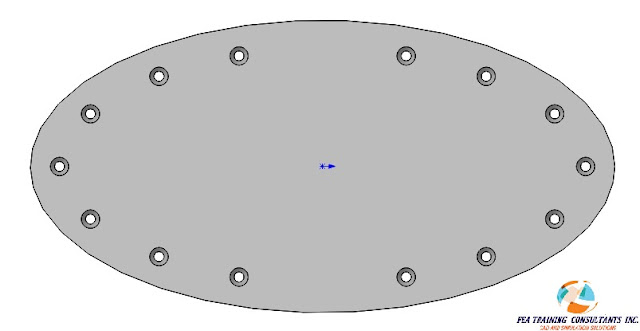 Sign Up for Email Updates
For Email Marketing you can trust.